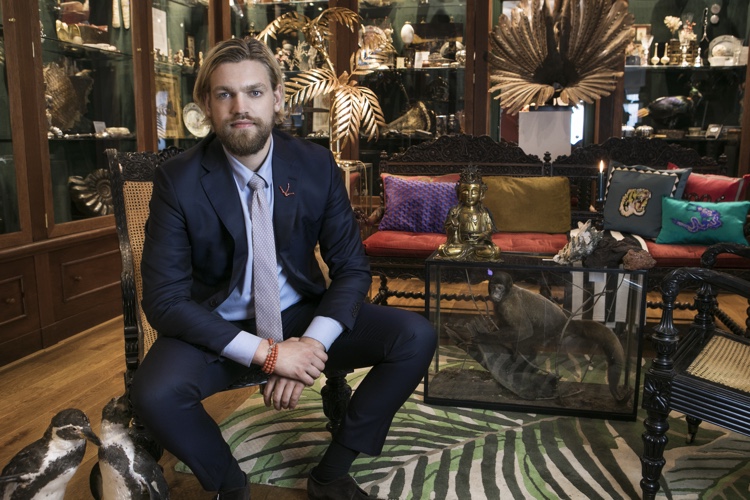 For additional information about me, please look at my LinkedIn page.

Zebregs&Röell is a gallery that specialises in art and antiques from far away shores, especially former Dutch trading posts across the globe. We have exhibited at PAN Amsterdam, Asian Art London and London Olympia.

The trade monopoly which the Dutch were granted in isolated Japan resulted in a special bond between the two countries and a love for Japanese art in the Netherlands. After Japan opened up to the world, following Commander Perry’s second expedition in 1854, the rest of the world gradually learnt about the wonders of Japanese art. An early development was a fascination for netsuke, which has persisted to this day.

We cater to the demand for fine netsuke with our carefully curated stock across a broad spectrum of subjects carved over some two hundred years, and in a wide price range. We believe that our inventory of Japanese Art For Sale is one of the largest in the world.

Zebregs&Röell Netsuke is very much Dutch, which means business is transparent, accurate, punctual, highly client friendly and, above all, trustworthy.

The consultant for  Zebregs&Röell Netsuke is Japanese antiques dealer Max Rutherston, who has specialised in Japanese works of art for twenty-eight years, and in netsuke for eighteen.

After a visit to Tokyo in 1990 he underwent a Damascene conversion and in 1992 joined Sotheby’s, again after a career in the paintings-department, to work in the Japanese Department.  After a year devoted almost exclusively to studying the Japanese language, he applied himself to learning about the art, working at Sotheby’s for another ten years, in due course becoming department director.

In 2002, he moved to Sydney L. Moss Ltd., London’s oldest Asian art gallery, to help manage the gallery and run the Japanese side of the business.  Max left in 2010, and in 2013 established a gallery in Bury Street, St. James’s, London, concentrating on netsuke, inro, and other Japanese works of art. Max’s connoisseurship in his chosen field is widely respected.

He has lectured at home and abroad, and written a number of scholarly catalogues on netsuke and other Japanese works of art.  In 2014, he was invited to assist Noriko Tsuchiya in the preparation of the British Museum’s publication ‘Netsuke:100 miniature masterpieces from Japan’.

Together we hope to offer collectors the netsuke of their dreams, and  we invite you to browse our website or visit our Amsterdam gallery!